50,000 units were produced during World War II, winning the Allied Forces The main battle tank Sherman who led. We modeled the representative M4A3 among many variations as a 1/35 radio control assembly kit with a dedicated radio. In addition to forward / backward movement and left / right turning, the tank’s unique super-credit turning, turret turning, and barrel up / down can be operated with the transmitter. The maximum speed can be switched in 4 steps with the touch of a button. In addition, a movable track that can be assembled by connecting is adopted. Not only does it produce a heavy movement even at low speeds, but it also has an exceptional scale feeling when combined with the same precision plastic body as the 1 / 35MM series.

Rotating the turret by pushing the right stick of the controller left and right. 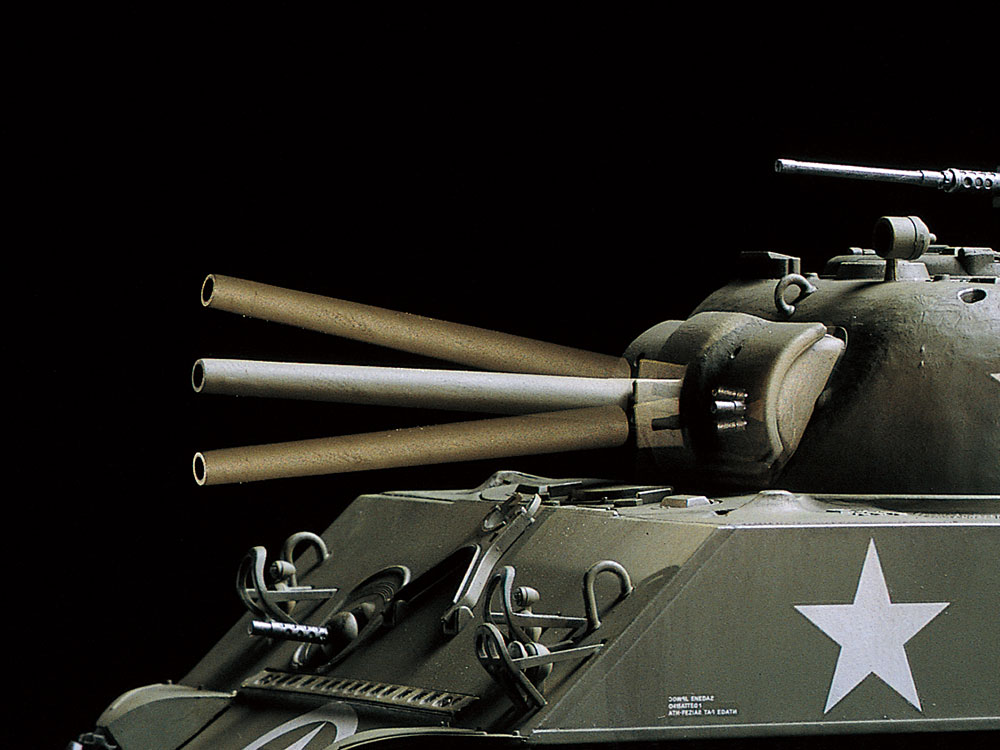 Controlling the gun elevation by pushing the right stick of the controller up and down. 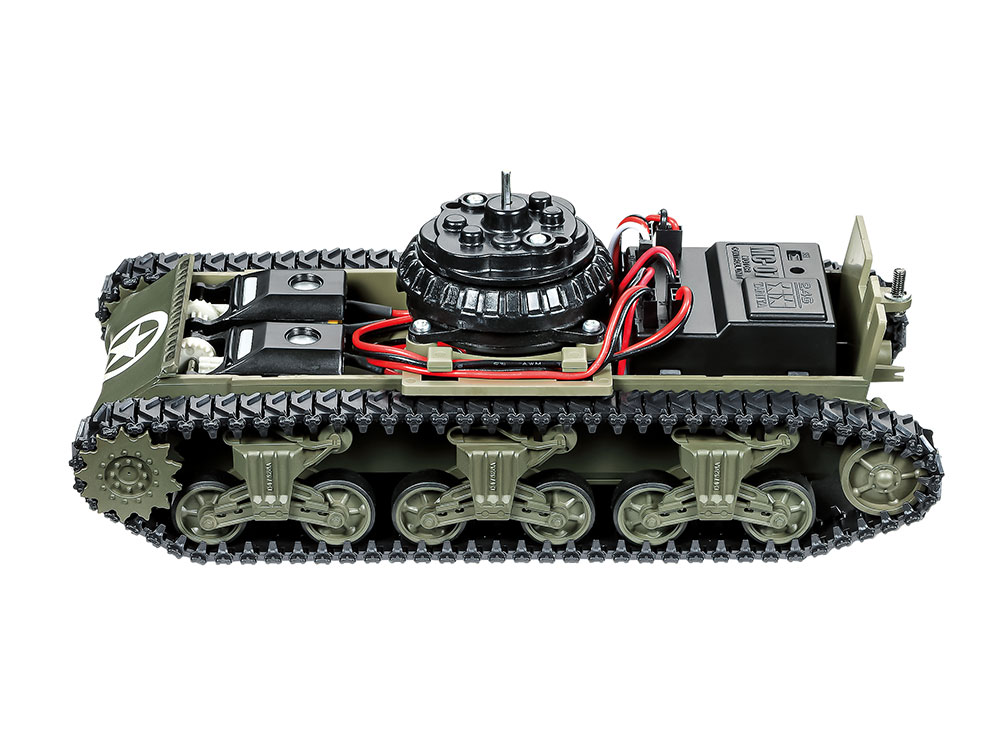 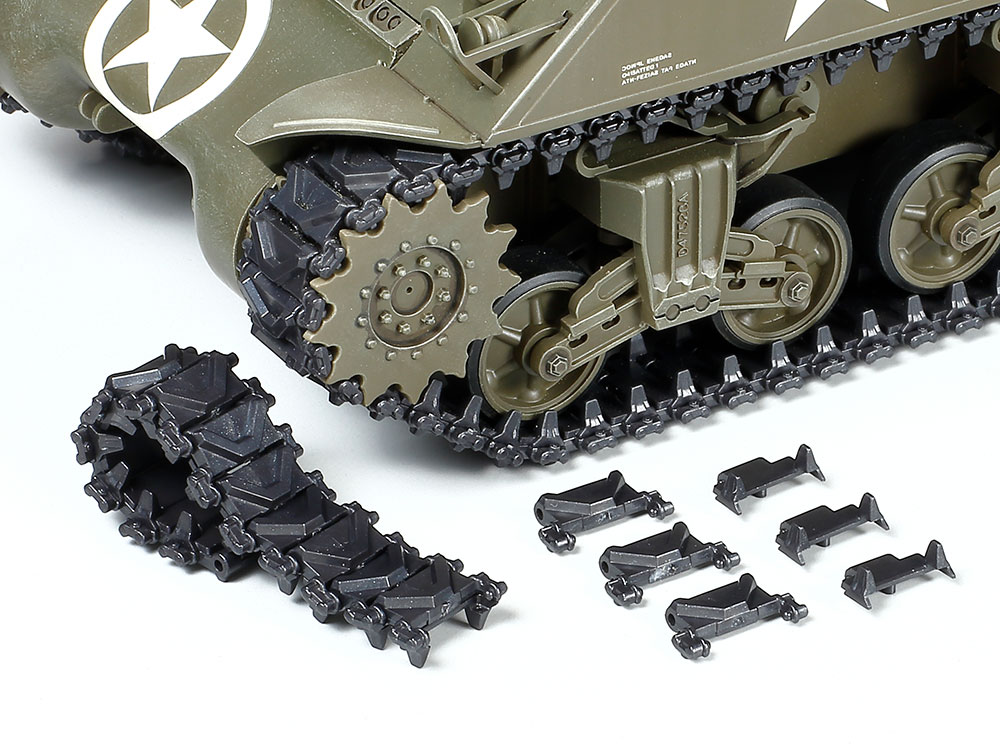 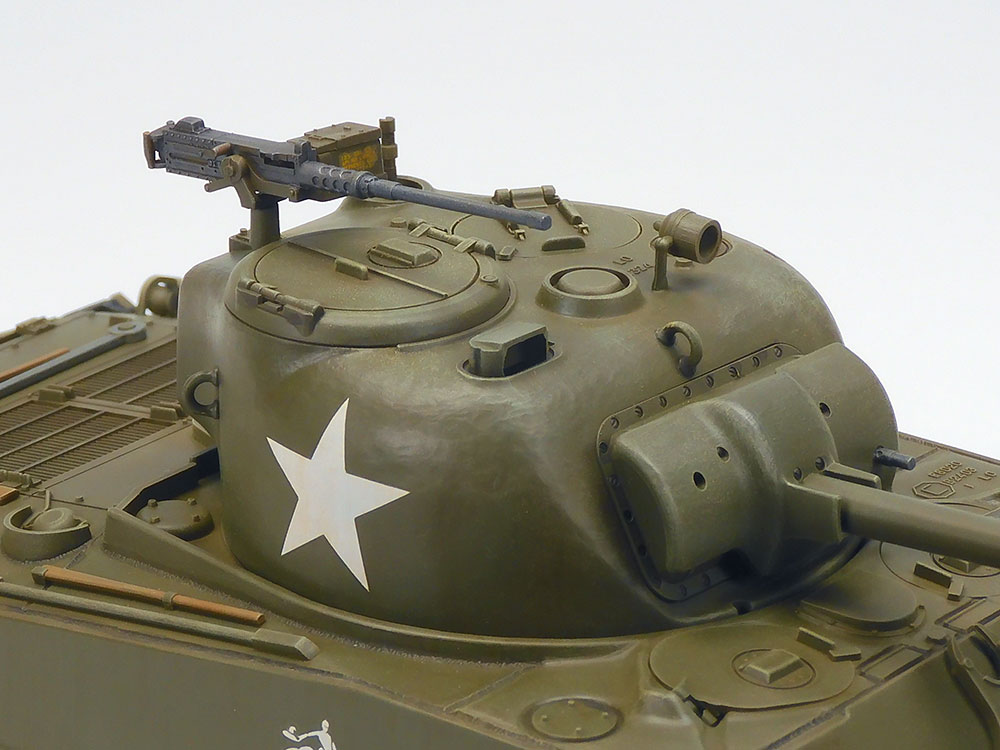 The unique turret is highly-recreated. Also as the detailed M2 Browning. 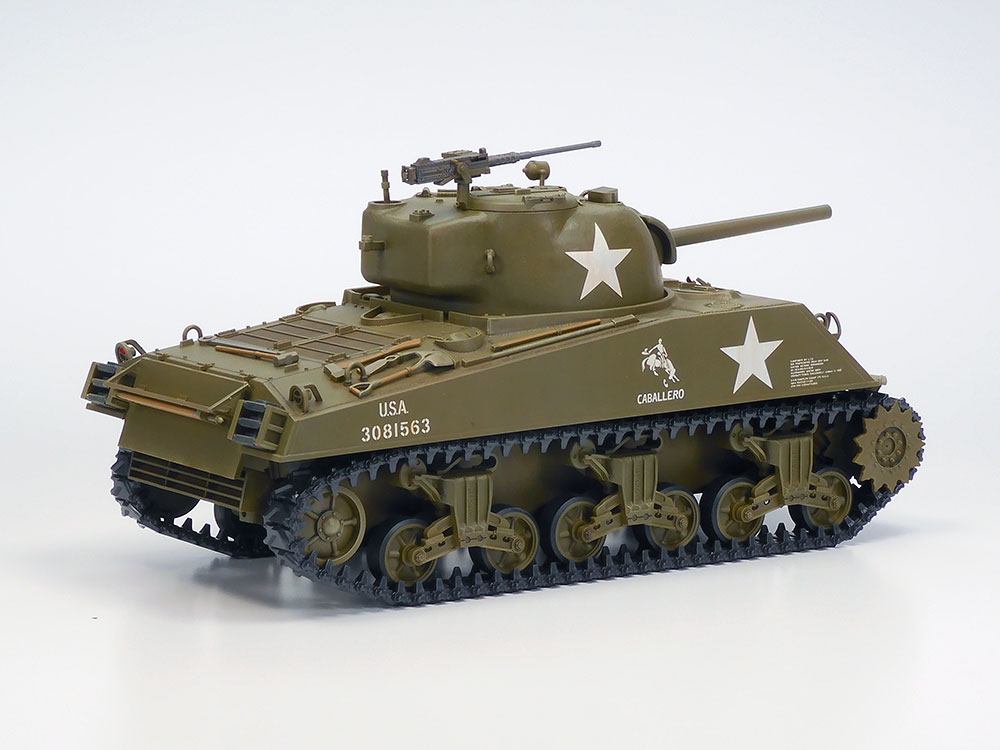 Main body parts are the same as 1/35 MM series. 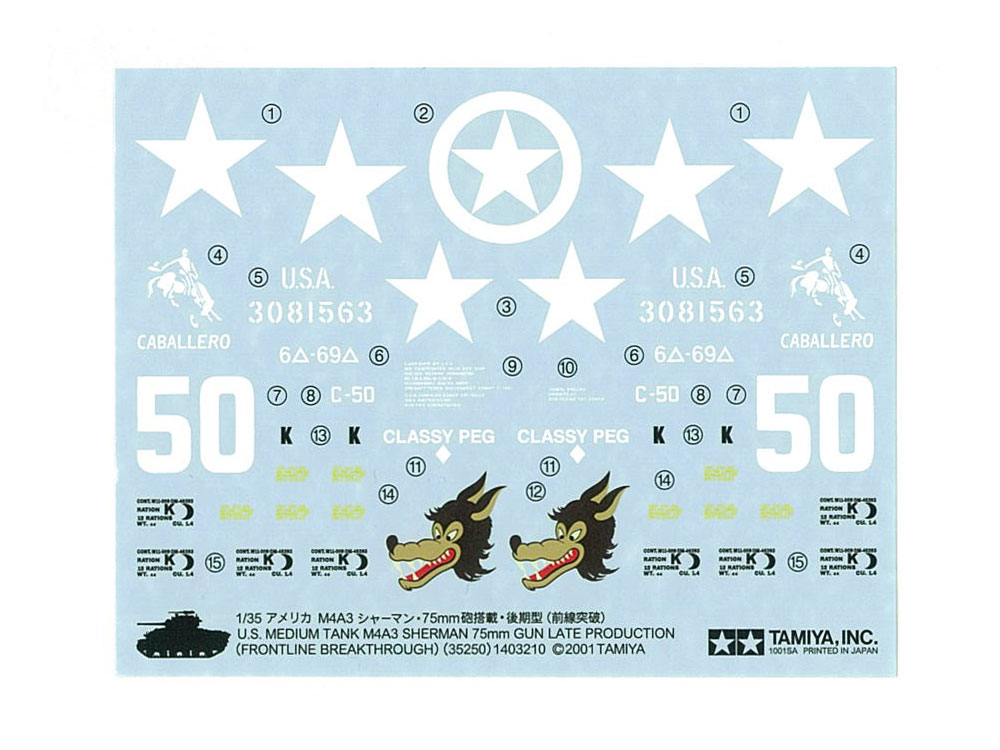 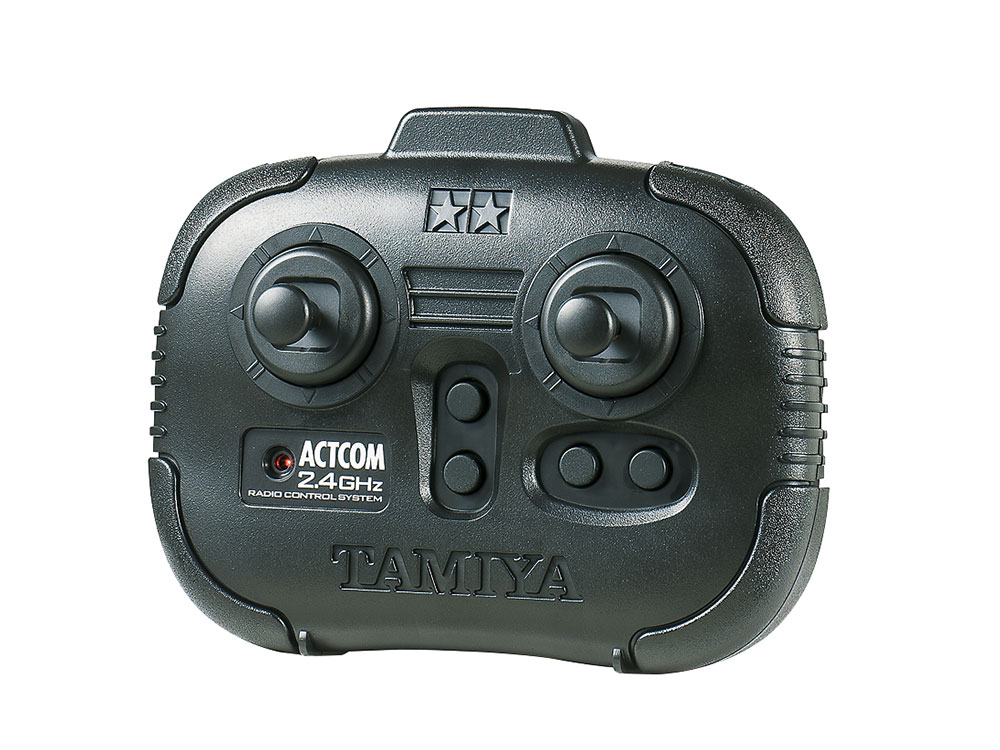